The fuel filter on the Golf VR6 got changed today. The old one had been on the car for a year but only around 7000KMs. That doesn't seem like a long time but for the sake of a $13NZD filter it gives piece of mind that the car is running on nice clean 98 octane fuel and helps guard against needing to get the injectors reconditioned for $400NZD.

I was surprised at how dirty the old filter was and having seen the state of it especially glad to have swapped it out. I suppose fuel tanks have vents and big openings for filling that lead to the ingress of dirt and grime. Petrol being a solvent keeps the dirt from sticking to the tank and the fuel pump sucks it on through to the filter. This makes the filter pretty important to keeping the car working properly.

Amazingly Volkswagen state that the filter on the MK3 golf does not require changing and should last the lifetime of the vehicle. If you look at the state of the one I removed off the car last year after 15 years you would probably disagree. 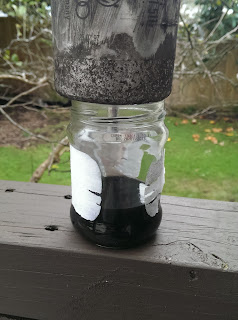 Lots of black, nasty gunk. I'm sure that if I had dissected this filter you would have seen that dirt was making it all the way through to the 'clean' side.

It was interesting to see that the new genuine Volkswagen replacement part was made in China. That's the first time I have seen 'Made in China' on any VW packaging. I would have thought that they would have stuck to Mann & Hummel or one of the other German parts manufacturers.

Anyway, it's an easy job you can do yourself and here's the video: