If you own a Ford Focus, Mondeo or Transit with the 1.8 TDCi Duratorq engine be aware it may have a hidden time bomb that could ruin your engine.

Around the year 2008 the lower timing chain was switched to a belt that runs in oil. These are often neglected and can fail leading to catastrophic engine damage. The wet belt should be changed every 10 years or 125,000 miles

Here are a few pictures of my belt after 9 years and 100,000 miles. Notice all the cracks not only on the back of the belt but between the teeth too. 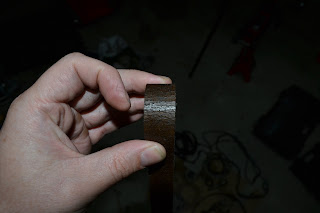 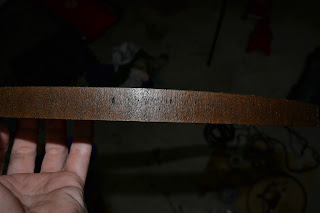 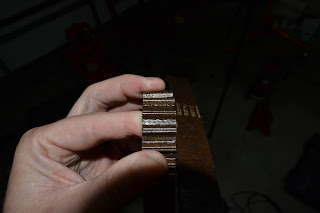 The belts usually fail by stripping the teeth and with those cracks it's hard to say how much longer this belt would have lasted.

In this case it was not a lack of maintenance that lead to premature wear. This car has been serviced every 5,000 miles with the correct spec oil and has never missed an oil change.

You can replace the belt for another belt but why risk it? I opted to swap out the belt for the heavy duty chain kit and eliminate the problem.

Lymm Engine Components sell a conversion kit from wet belt to chain that features an FAI timing chain kit and all the other parts necessary to perform the swap. As you can see from the video below it's a big job to get to the chain or belt so do it right and do it once.